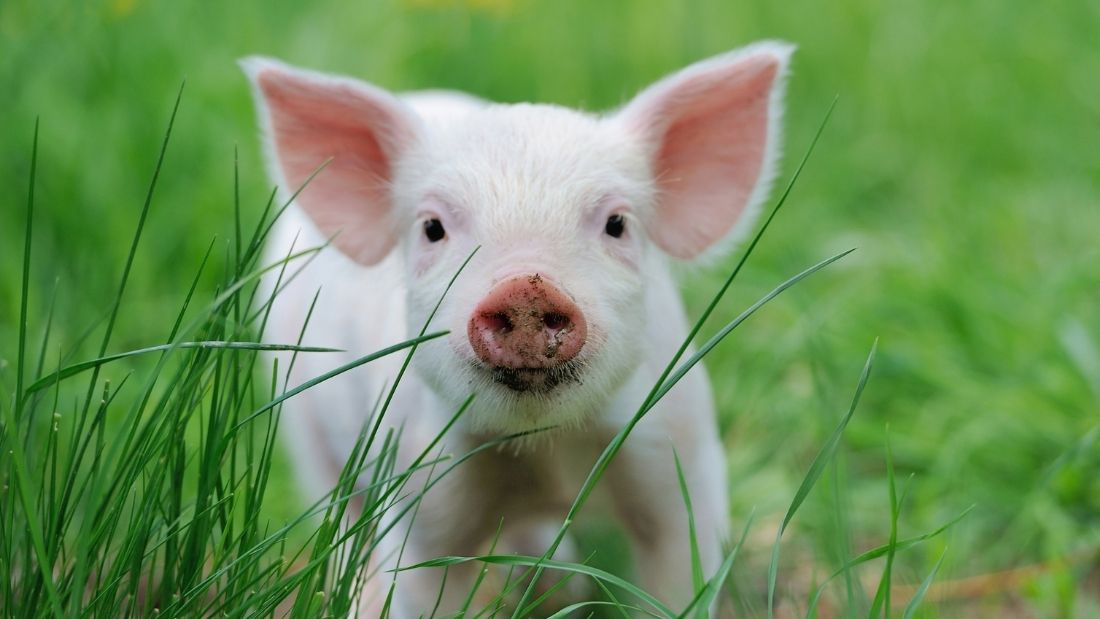 Most of the 1.2 billion land animals and 1 billion fish killed for food each year in the UK are raised on cramped and dirty factory farms. These sentient beings suffer inhuman conditions and are denied the ability to act out their natural behaviours and enjoy their complex social lives. The way society views other animals is shifting and the food system is changing to reflect this. As we are increasingly coming to understand and accept in the scientific world that non-human animals are also sentient, it is clear that pigs, cows, chickens, etc experience the world and have thoughts, feelings and desires 1https://fcmconference.org/img/CambridgeDeclarationOnConsciousness.pdf.

Since the end of the Second World War, farmers have been expected to be more and more productivein order to meet the demands of a rising population and fulfil the current consumption levels based on a meat and dairy heavy diet. The consequences of this have been disastrous and cruel when it comes to farmed animals. Intensive, industrialised or factory farming involves confining large numbers of animals into the smallest spaces possible for the shortest time possible to maximise profits. The unnatural, cramped conditions mean that the animals often lack the ability to express normal species-specific behaviours, have lower welfare standards and poor hygiene.

Animals are breed to have characteristics which make them better for turning into meat or producing milk at the detriment to their health, For example, broiler chickens have been genetically bred to have a large body weight and to grow quickly. This has led to birds living very short lives where they can hardly walk and suffer from disease 2https://www.ciwf.org.uk/media/5235309/Welfare-sheet-Broiler-chickens.pdf.

An official UK definition of factory farming does not exist, however taking the example of CAFO (Concentrated Animal Feeding Operations) US ‘megafarms’ we can estimate that there are over 800 of these farms in the UK. The largest of these house a million chickens, 20,000 pigs and 2,000 cows 3https://www.thebureauinvestigates.com/stories/2017-07-17/megafarms-uk-intensive-farming-meat. This is the reality for the majority of farmed animals in the UK depending on the species as 73% live on factory farms 4https://www.ciwf.org.uk/factory-farm-map/. On the other hand, organically farmed animals only account for less than 4% of the meat and dairy produced here 5https://assets.publishing.service.gov.uk/government/uploads/system/uploads/attachment_data/file/996197/Organic_Farming_2020_stats_notice-24jun21.pdf.

Even in organic or free-range systems the animals suffer when they are, after all, a commodity for sale. Organic standards can be worse for animals as antibiotics and other medications are often restricted leading to culling or further suffering 6https://www.ncbi.nlm.nih.gov/pmc/articles/PMC4494360/. Dairy cows still have to be pregnant and give birth to provide milk, calves are still exported live as they are ‘waste’ products in the dairy industry  and all these animals still face an early death in the same slaughterhouses as non-organically raised animals.

While we do not believe farmers intentionally want to inflict suffering on animals, wherever we use animals for our own ends means their welfare comes second. We see that farmers often have complex and deep personal relationships with the animals they farm and feel pain sending them to slaughter. When a kinder, healthier and more environmentally-friendly alternative exists, why continue to farm animals for food?